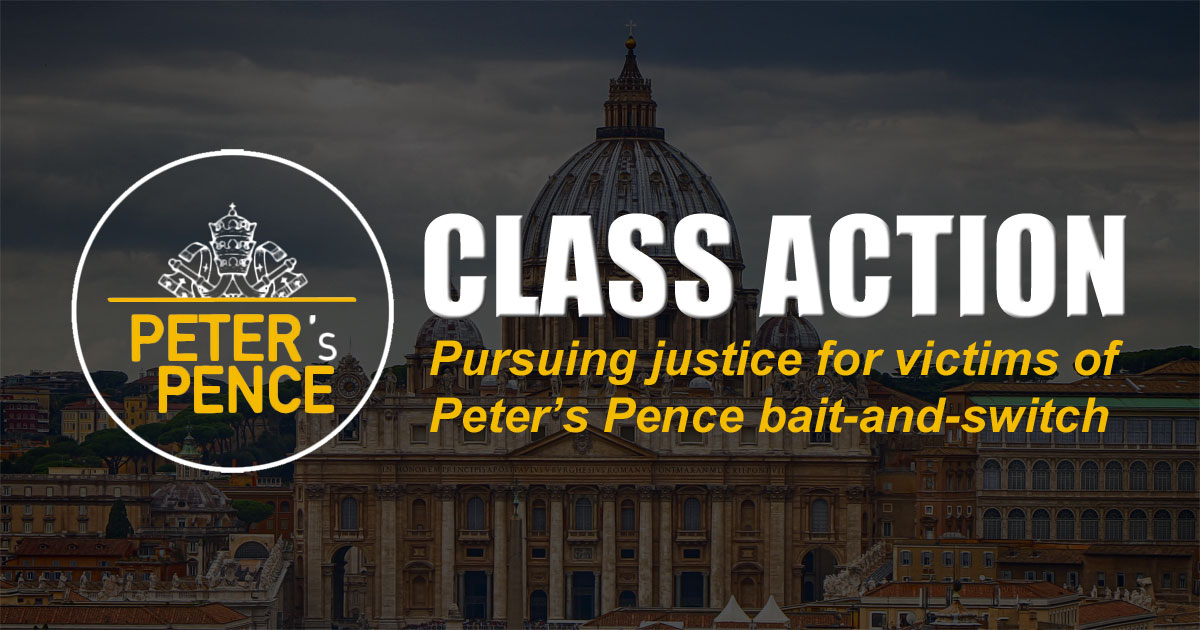 On January 22, 2020, Stanley Law Group filed a class action lawsuit in the United States District Court for the District of Rhode Island against the United States Conference of Catholic Bishops (USCCB) for its role in the fraudulent promotion of Peter’s Pence as a charity to assist individuals throughout the world who have been affected by “war, oppression, natural disaster or disease.” Recent reports have shown as little as 10% of the contributions made to Peter’s Pence are actually used for these stated purposes.

In a press release issued at the time of filing, Marc Stanley stated, “It’s regrettable and tragic that such a trusted and well-respected organization has been taking advantage of the generosity of Catholic donors. USCCB must come clean and give back the money it took from well-intentioned people who thought they were giving urgently-needed funds to help the destitute around the world.”

Residents of the United States who made contributions to Peter’s Pence between 2013 and 2019 are encouraged to indicate their interest in joining the lawsuit by completing a brief form.

Were You Duped By Peter's Pence?